There are several temples in the Godhra City, which are constructed with excellent architecture that drags attention of all visitors. Also most of the temples are found to be situated on the hills such as Pavgadh hills. These temples does not only belong to Hindus but  also belong to Jains.

Here is the list of most famous temples in and around Godhra city:

Ramji Mandir in Gujarat is a very popular Temple of Lord Shree Rama. There is also a belief that this Mandir is blessed by Shree SatGurudev. 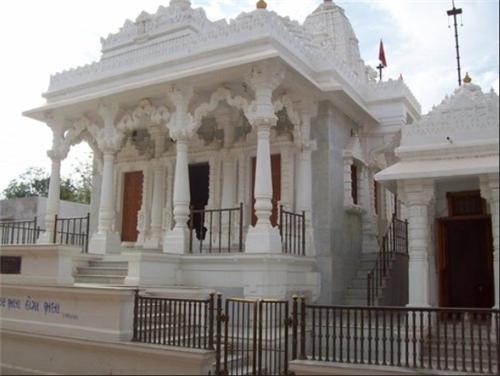 Hence, like other local people, visitors from India as well as foreign countries can visit this temple once, to find out the joy of wisdom.

Kalika Mata Temple is situated close to Halol on Pavagadh Hill , which was worshipped by Adivasi's, before Kali Mata was invoked and installed by Sage Vishwamitra on Pavagadh Hill. 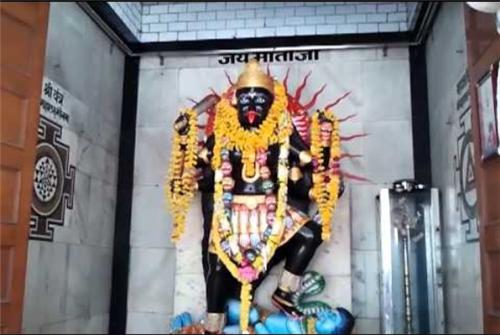 This temple later became famous and worshiped by many people in the form of Mata Durga or Chandika Devi, and many visitors come to this temple to offer pooja.

This Swaminarayan Temple had been carved using Burmese Teak, and is situated at Kalupur in the eastern part of the Old City. Whereas, every arch and bracket of this temple is painted with bright colors, which itself defines features of Swaminarayan temple that is established near to Godhra city of Gujarat.

Bala Hanuman Temple is situated near to the Jamnagar, where there continuous chanting of 'Sri Ram' 'Jai Ram' 'Jai Jai Ram' is performed regularly and also this temple is said to be entered in the Guinness World Book of Records.

Sun Temple was quite a old temple that was established in 1026-27 AD by the King called BhimDev which has now become one among the most beautiful and famous temples located nearer to the Godhra city.

There is a beautiful history behind the birth of Shri Tirthankar Bhagawan Shantinath, who was born in Hasthinapur to the King Vishwa Sena and Queen Achira. He was said to be an incarnation of Shrisen, and Vajrayudh, Meghrath (Shantinath) was born to spread the peace to all the living beings. 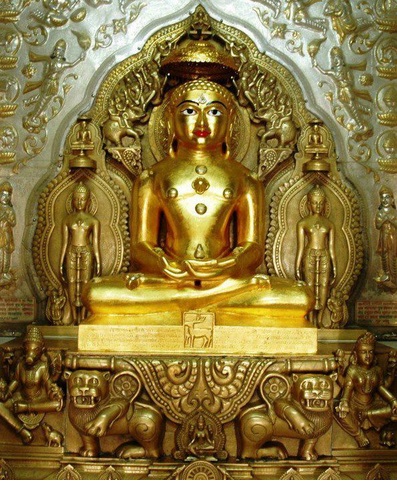 To make the people of Godhra take advantage of His blessings, Shri Tirthankar Bhagawan Shantinath temple has been built; and apart from local people many tourists are arriving to get peace and blessings by visiting this temple.

This Mota Hathidhara is a kind of temple which includes several deities on the outer sides of the temple such as Lord Shiva (Nataraja) and Mahakali; also, there is a Brahma, Vamanavatara, Narasinhavatara and other unknown sculptures. All deities are found at one single place, through these are not worshiped, but carvings of many deities catch attention of many visitors.

Gokulnathji Temple can be found at Vadodara, which is near to Godhra City, and has become the most favorite place of many spiritual tourists. And it is said that the temple is geographically situated with the latitude of 22°19'31"N   and longitude of 73°12'45"E.

The Ankleshwar Mahadev Temple is one among the popular Jain temples in Godhra, which is built in the name of Lord Shiva. Mahadev means “Great God”, as per the Rig Vedas, Mahadev is also known as Rudra, which has been derived from the Dravidian word 'Shiva', meaning Red.

Ankleshwar is one of the popular cities near Godhra, which is also close to Bharuch and is considered to be the biggest Industrial place, with several established chemical plants like pharmaceuticals, pesticide factories, chemicals and paints. Around the Ankleshwar Mahadev Temple, lays the ruins of 'Sasuvahui Vav' and 'Atipati no Chotro'.

Bhalka Teerth Temple is a temple of Lord Krishna, where teachings of Bhagvata Geeta are collected. This temple is very nearer o the Somnath temple.