Nagina Masjid is one of the popular and recognized monuments of historical times in Gujarat. It is situated proximally to the town of Godhra. Champaner was once the capital town of Rajputs. Today, it holds some of the most magnificent structures which leave great impact on tourists visiting this place. Nagina Masjid was constructed by Mahmud Begada during his regime in 15th century in this region. He also built Kevada, Ek Minar, Khajuri, Shahar, Jama, and Kevada Masjid in the region of Champaner. 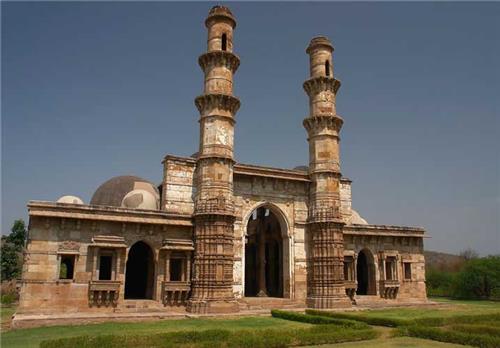 Nagina Masjid means Jewel Mosque and it is truly a gem of place. Although, Mahmud Begada constructed many monuments, but Nagina Masjid draws large numbers of foot falls due to its incredible architecture and design. Its main entrance is quite appealing for history enthusiasts. The entire building is excellent combination of Hindu and Muslim architecture. Due to such significance, UNESCO has declared it as world heritage site along with Champaner Pavagadh Archeological Park in this region.

Architecture of Nagina Masjid near Godhra

Nagina Masjid is situated nearly 1.2 kilometers from the citadel of Champaner at elevated plinth of open ground. The mosque is large structure in open courtyard which is completely covered with pure white stone and marked with minarets. It is mostly talked about for its elegant architecture and beautiful designing. Its entrance door and three large domes of prayer halls stun the onlookers coming to this site. Its well designed cornice and corbels are some of the attractions for historical enthusiasts. The main hall is elevated structure that has two storey and beautifully crafted balcony. 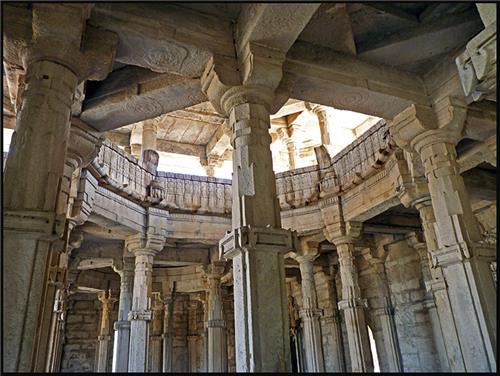 Along with this beautiful structure, the mosque also holds few small structures of bricks. The cenotaph, mausoleum and step wells are quite attractive for travelers. These sites were found in ruin stage and restoration process is done to make them presentable. The roads to these structures are constructed after the description written by Burgess and Henry Cousens. It is quite wonderful experience to visit such ancient monument which is situated close to nature showcasing flawless architecture of past times.

Summers and Monsoon is quite appropriate time to visit Champaner. But winters seems to be best time to visit Nagina Masjid in Champaner. The weather conditions remain in comfortable zone and makes journey effortless and easy for visitors. 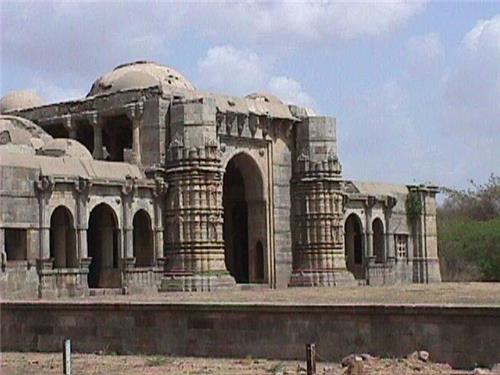 How to Reach Nagina Masjid near Godhra

Nagina Masjid is easily reachable from Vadodara and Ahmadabad. Taxis, buses and trains are available to reach Champaner near Godhra.

Vadodara is the nearest airport that gives easy access to air travelers. It is nearly 42 km from the site of Nagina Masjid. It is domestic airport and flights from Mumbai and Delhi are frequently available for this aerodrome. Ahmadabad is another nearest airport to Godhra. It is busiest airport of Gujarat connected to foreign cities as well. It is 125 km from Nagina Masjid.