The Jambughoda Wildlife Sanctuary is the home for many inhabitants of varied species of animals and birds. Before the Indian Independence, this area belonged to the prince of this region Jambughoda, who admired this place for its scenic beauty; while, the valleys protected this forest area from being demolished and also served as a home for many tribal communities.

It was declared as a wildlife sanctuary in the year 1990. 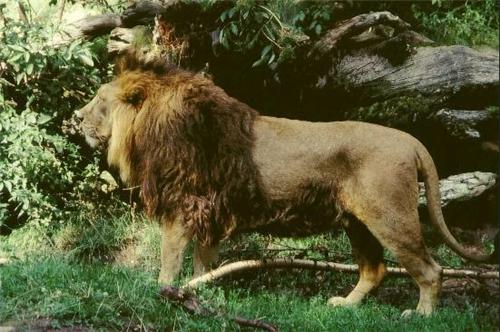 Leopard is the huge animal that belongs to the cat family, which exists here and among the other carnivorous animals’ such as – wolf, hyena and jackal are to be considered; while, the four horned antelope, Barking deer, arid wild boar, blue bull, civets, porcupine, mongoose and several species of rodent are seen in this area. Sloth bear is occasionally found in this place; and Python as well as the crocodile also survive here.

Birdlife is abundant; while in the past, jungle fowl was in plenty here, which is not found here today. This forest has thick vegetation that comprises mainly of teak trees, along with Bamboo, Mahuda and many others. There are water reservoirs namely – 'Kada' and 'Targol', which are the main water bodies at this place. The wildlife rely on these two water reservoirs which were constructed here to serve the same purpose.

The most remarkable feature of this part is the rippling hills with good forest coverage with the dale having small human colony. The attractive and fascinating places in this Sanctuary are – Targol, Kada and also the Jhand temple, which is built on the name of 'Lord Hanuman'. Kada is the most picturesque place, where there is an adorable forest guest house built on the banks of an reservoir meant for irrigation.

Adventure Attraction: This Sanctuary in Gujarat is the best suited place for hiking and camping; and it is an easy destination via different means of transport. There are also many forest rest houses close to Kada reservoir, but they require prior booking.

The Hanuman Temple: There is a famous temple which is situated about 12kms from the main forest. The major attraction of this 'Hanuman Temple' is to see the huge idol of the Lord Hanuman, which is approximately 18 feet height.

The Waterfall: There is also a famous and a great waterfall known as – Hathni Mata, which also has a cave inside. This waterfall is a breathtaking sight; while, it’s a great place for wonderful photographs and also captures beautiful birds and animals of this place.

The total tribal population in this area is spread among 25 different villages and communities, while five of them reside in the Sanctuary. These tribal people are well versed with the area and collect the forest materials for their daily needs. They make their domestic animals gaze in the forest. They totally depend upon natural resources of the forest, even for their basic needs. During the summers, the land faces water problems; as the streams get dried up and scarcity of the water becomes a major cause of concern, during this period.

The Jambughoda Wildlife Sanctuary is located in the Panchmahal District near Godhra, and is spread over an approximate area of 130.38 square kilometers.