Barda Hills Wildlife Sanctuary is one among the famous, beautiful and most attractive Sanctuary of Porbandar, where the Lions reside. Also, it is also a home for other animals like the Chinkara, Sambar, Crocodile, the Spotted Deer, and Chameleon, crested Hawk Eagle, etc. 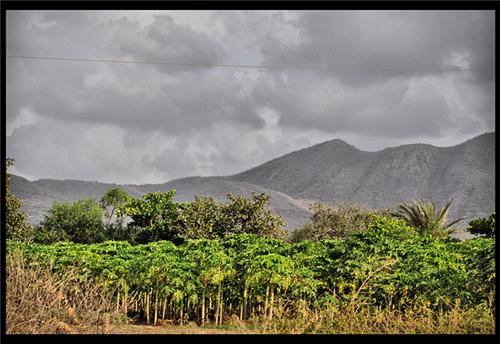 Barda Hills Wildlife Sanctuary is one such place, where one should not miss watching and relishing its beauty. This is also called as 'Rana Barda' or 'Jam Barda', which was once a private place that belonged to Ranavav, the ex-princely state of Jamnagar and also a Porbandar. This Sanctuary has two Dams, namely 'Khambala' and 'Fodara', which were built on two different rivers named 'Bileshvary' and 'Joghri' respectively. Close to its vicinity, Barda Wildlife Sanctuary has the Kileshwar Mahadev temple, which is also a camping site, established by Jamsaheb of Jamnagar.

Different varieties of mammals, reptiles and birds have habituated in this Sanctuary since many years; while certain species of birds also migrate seasonally. Even though the area of the Sanctuary is small, it has abundant flora and fauna, along with the hilly terrain, the flat plains with number of streams and rivers. There are around 650 different species of plants, which can be easy place for the plant lovers and also for the botanists to study about different varieties and their plant family.

Tourists can enjoy trekking in this Barda Hills, which requires prior permission from the forest department; while, they also have trekking camps which are conducted by the private authorities and Maldharis tribes. The best time for trekking would be during the summers, as the rocks and the hills won’t be slippery and would be easy to climb. The trekking is usually started from the top most part of the hill, especially from the 'Kileshwar Mahadev Temple' complex moving down to the valley and then into the forest. During this trekking, one can spot different varieties of the butterflies and birds, snakes as well as hyenas and many other animals.

Many tribal communities have been inhabited in this Wildlife Sanctuary such as Maldharis, Bharvads, Gadhvis and Rabaris, who are from the different ethnicity. These tribal people are well-versed, then the place in the forest and their daily life necessities are from this area. During summers, the agricultural fields and the wastelands face water problems, as the streams get dried and scarcity of the water would be the major concern during this period. While, the green patchy area of the forest provides ecological balance, by improving the water system of the area, and thereby helping ground water to restore.

The sanctuary is located approximately 15 kms from the coast of the Porbandar city, near to Godhra which was declared in February 1979, as Sanctuary. This Sanctuary covers an area of approximately 192.31 square kms, with hilly terrain and altitude of 79.2 m to 617.8 m, which is facing towards the Arabian Sea.

Barda Hill Wildlife Sanctuary is well connected by road, rail and airways, and is very close to the 'Jamnagar', near Godhra. The state transport provides frequent buses, while private buses are also available at this place; and the nearest railway station to reach here, would be Porbandar. Whereas, the airport is situated at a distance of 10 kms; and the best time to visit this Sanctuary is from October to December, when the weather is pleasant and Sanctuary remains open from dawn till evening.