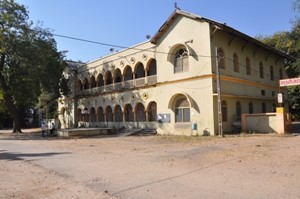 Godhra, is one among the 5 regions of Panchmahal district, and has been considered as the main administrative region in the whole of the Panchmahal district. District administration is the one which handles all the disputes or riots such as communal riots, etc. and creates a peaceful environment in and around Godhra in Gujarat. Apart from this, there are several courts in Godhra that includes Consumer court, district court, labor courts and so on. Here is the list of the consumer courts, administration officers, and some important government links.

Consumer courts are generally established to solve the issues of the customers regarding the damaged product supplied by the fraud companies who does not even bother to refund their customers amount, and many related issues. Consumers can directly file complaint against such fraudster companies and get their amount back.


Here is the list of consumer courts in Godhra-

Godhra includes certain important links related to governance in Godhra. Below mentioned are the two government links, where several tenders such as internet software tenders, global tenders,are found in one link, and even it includes tenders regarding sanitation work, premises and lot more. While, other link includes consumer rights, where people can file complaint against any kind of disputes, and own their consumer rights.

Godhra administration key contacts consists of many government officials like DCF, Secretary, inspectors and so on.

Below are the list of Godhra Administration Key Contacts-

Other Government Officials in Godhra